Timetable for Saturday 7 & Sunday 8 March below, with biographies of the amazing entertainers who will be performing at the Festival on the main weekend.

Big news…. We have the joy of announcing that the multi award winning Wendy Matthews will grace our Festival with her unique gypsy spirited music!!! ??

Wendy will be playing in Weeroona Park on Sunday 4th March from 3-4pm.

Wendy’s popular songs include Token Angels, Let’s Kiss (Like Angels Do), The Day You Went Away and Friday’s Child. 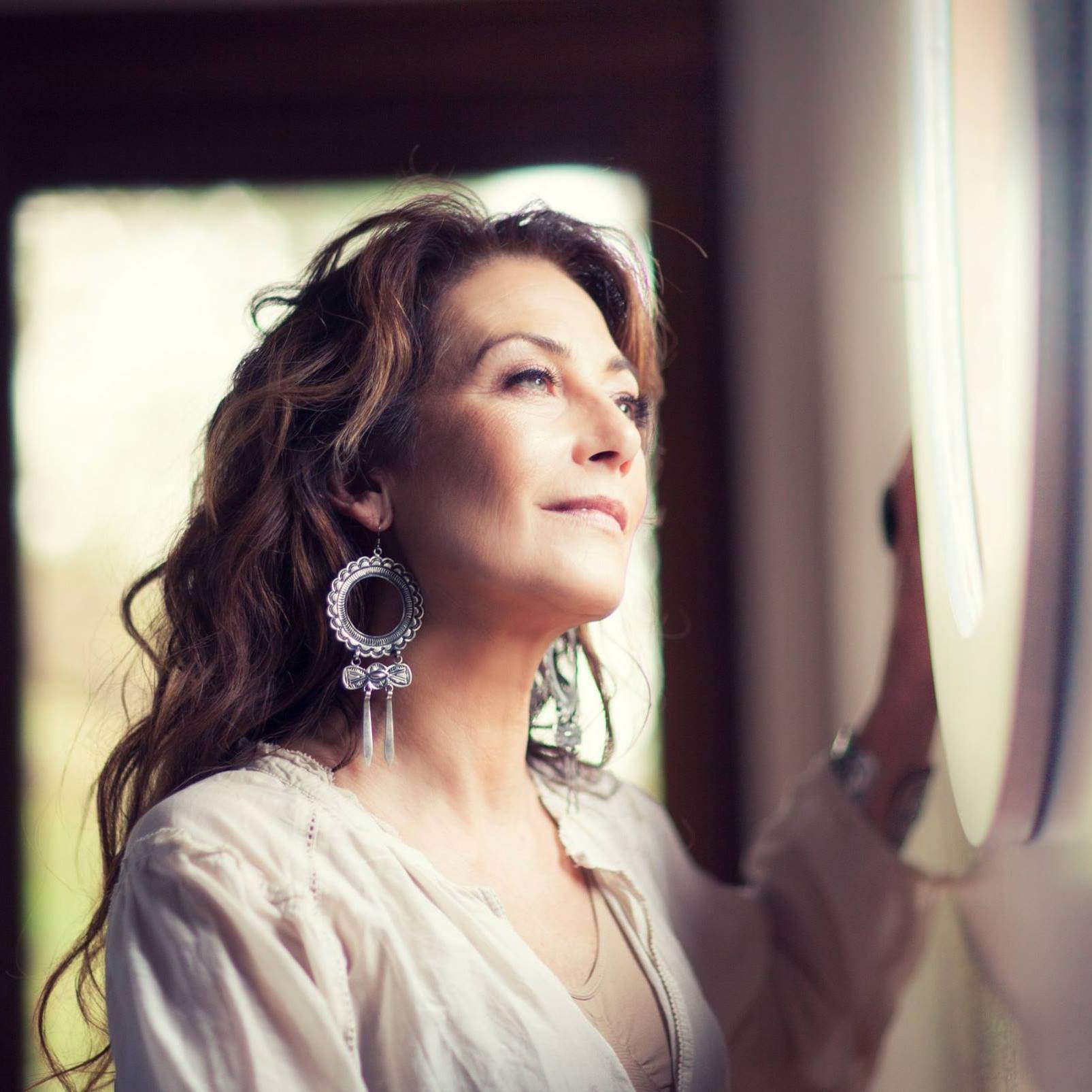 Byron Bay based artist Dan Hannaford Music has opened Australian tour shows for the likes of Charlie Musselwhite, Donavon Frankenreiter, Charlie Parr and Australia’s own Tex Perkins, Ash Grunwald, Mental as Anything and The Black Sorrows. He’s been busy performing all around Australia and recently touring between Europe, the UK and North America.

Dan Hannaford’s musical career began when he played on a Channel [V] broadcast showcase in 2009 where he was spotted by record industry legend Seymour Stein who requested a demo. This led to the recording of the ‘Bootleg’ EP / demo in 2010.

Since then Hannaford has graced hundreds of stages including performances at Falls Festival in Byron Bay, Australian Blues Music Festival in Goulburn, National Folk Festival in Canberra, Gympie Music Muster and Tamworth Country Music Festival. He also showcased his talent at the iconic Byron Bay Blues Festival being named on the bill alongside John Fogerty, Cold Chisel and Crosby Stills & Nash with his single ‘Deeper Water’ included on the Bluesfest 2012 compilation album. 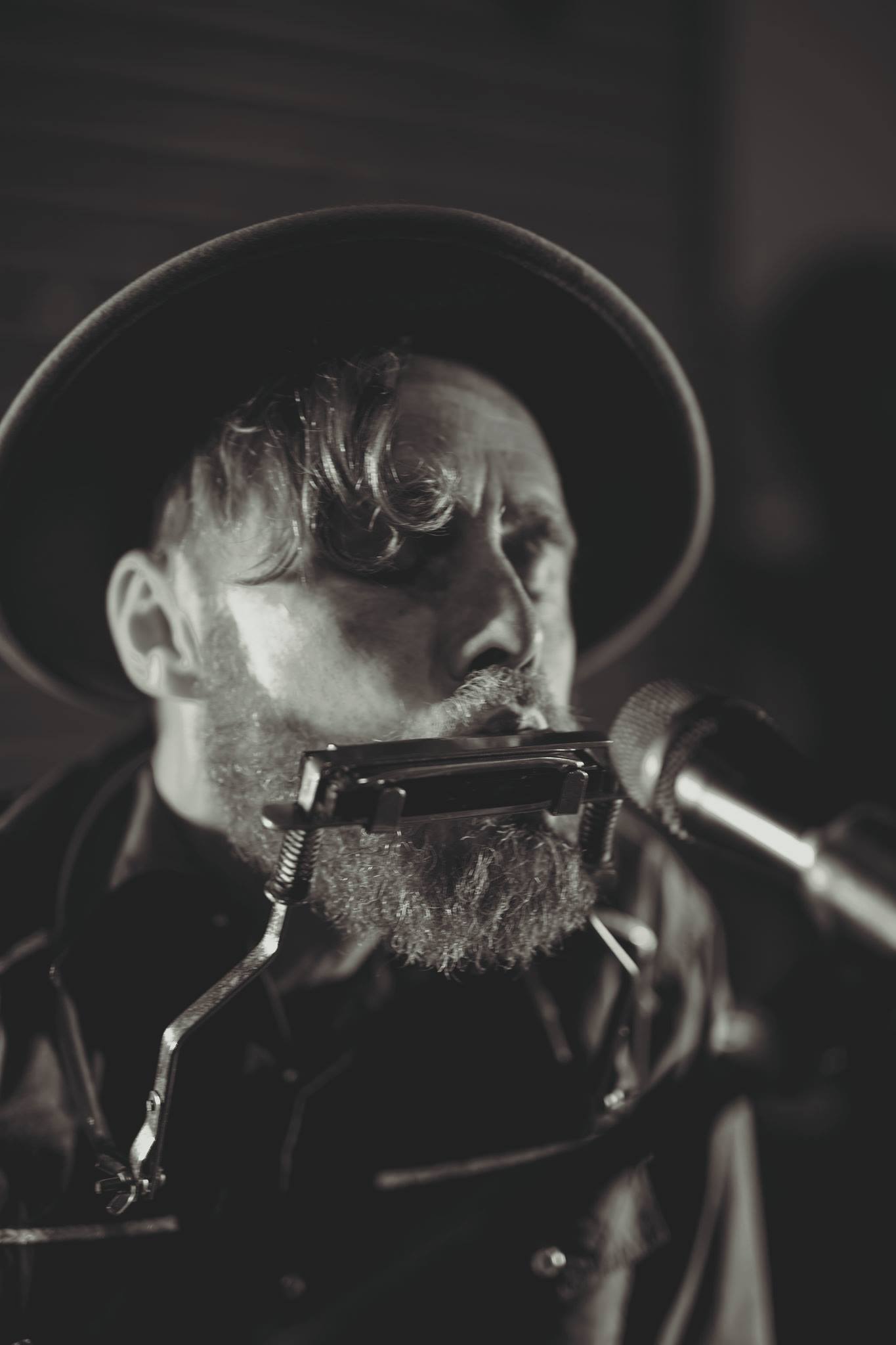 As the live band scene has waned in recent decades, Whiskey Gully have rediscovered the secret to reaching their audience and getting them dancing. “It’s all about the crowds” says guitarist Ben, “and reminding them of the songs of their youth.’ Both old and young fans delight in the melodies of yesteryear and as they repeatedly attest, “there’s something in the universal energy of those old songs that you just don’t see anymore.”

The Moonsets (formerly The Flumes) conjure up a lushly funky, dark and sparkling, intoxicating brew. Electric Harp pours out psychedelic melodies over stylin’ rhythms laced with soulful vocals. Splashing out a luscious live sound, The Moonsets transcend genres leaving you spellbound in their wake.

Acknowledged with highly commended 4 times in the Blues & Roots, Folk and World categories of the QLD Music Awards, it’s difficult to pin these musical adventurers down to one genre. Let’s just say The Moonsets create an exquisitely eclectic subtropical blend of psychedelic folk laced with soul funk, blues, jazz and a splash of reggae but be prepared to have your preconceptions blown in the best possible way. 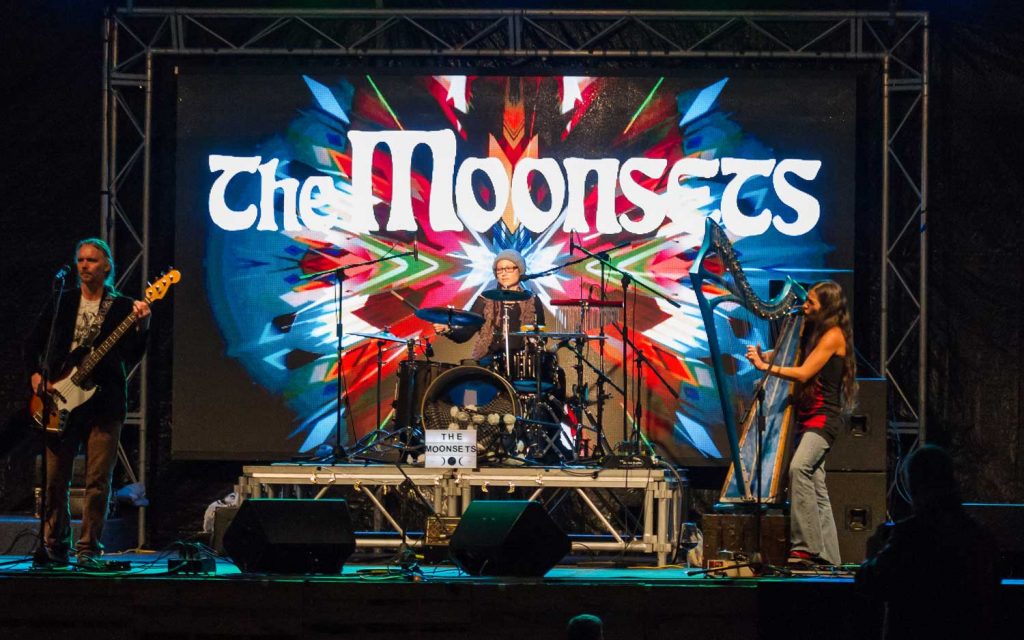 As the name suggests, MunsterBucks is a band of lads from Munster, a province in the South of Ireland. All three relocated to Australia and crossed paths in the traditional music scene in Brisbane. Featuring Tommy Donovan from Kerry (Banjo and Mandolin) Eddie Nolan form Waterford (Uileann Pipes, Flute and Whistle) and Jack O Leary from Cork (Vocals, Guitar and Bodhran). Arguably the only all-Irish band in Australia, having collaborated for years they  made the band official and have already established a name for themselves on the Australian folk scene.

While essentially keeping true to their traditional roots, they bring in their own sense of style and also feature songs in a variety of genres. They work to create a traditional groove with driving rhythms and memorable melodies. It’s basically three Bucks, who love Ireland and traditional music, having a blast and bringing the best of Irish Music to your doorstep. 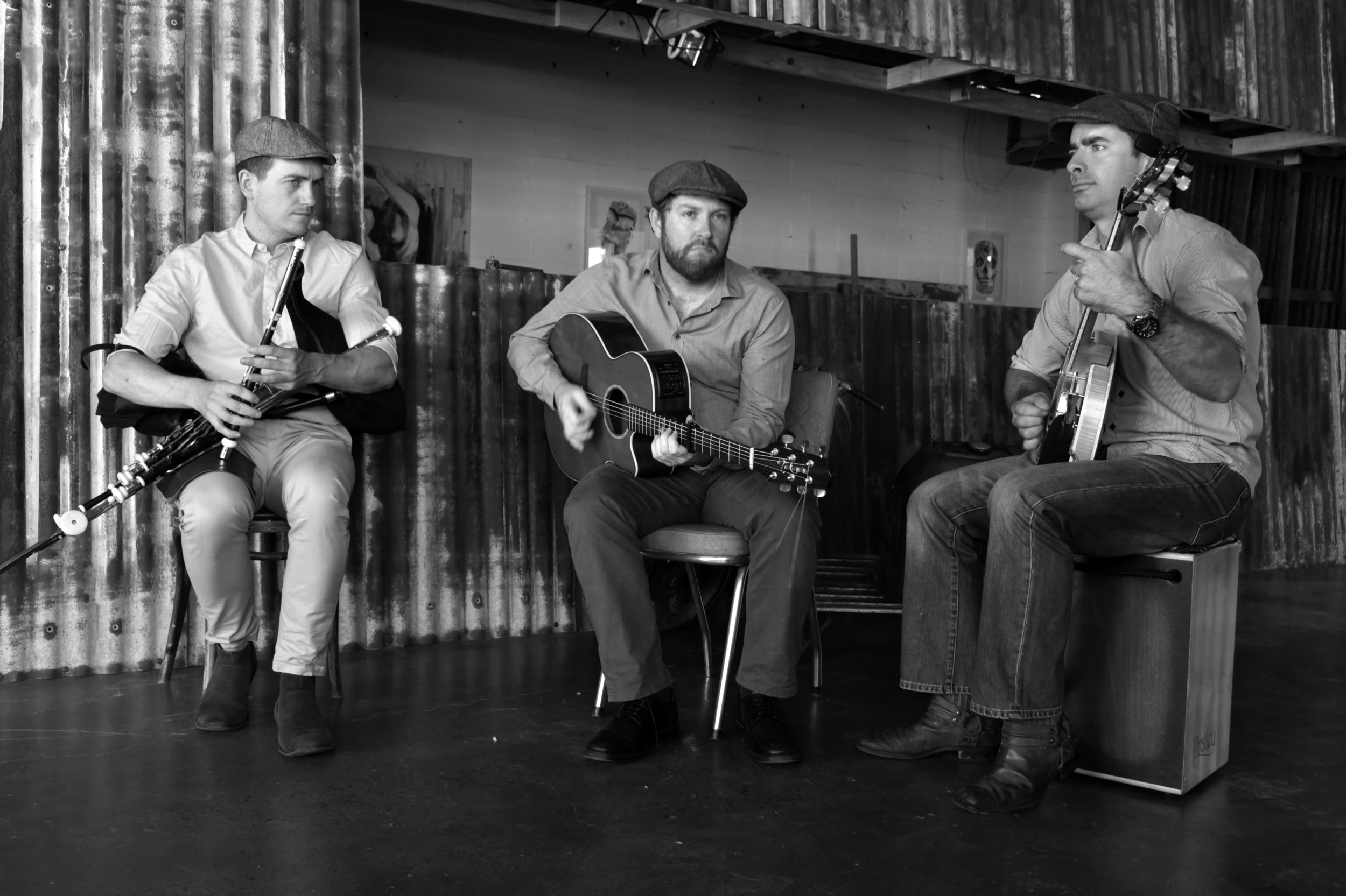 Coming from the “Happy Wharf” (Porto Alegre), Rio Grande do Sul (Brazil), Kimmy & Crew have become an Australian roots reggae phenomenon. The Brazilian flame brings a pure classic sound to music lovers worldwide, delivering one of the most authentic Reggae shows around today.

Their sound is built on the foundations of a mix of styles, from the classic roots reggae, dub, R’n’B, rap, funk rub, samba, rock, mashing modern dancehall and slinky reggae pop. Kimmy has crafted a
Unic and charismatic vibe, capturing something truly special in a diversity of instrumentation and clarity of sound. 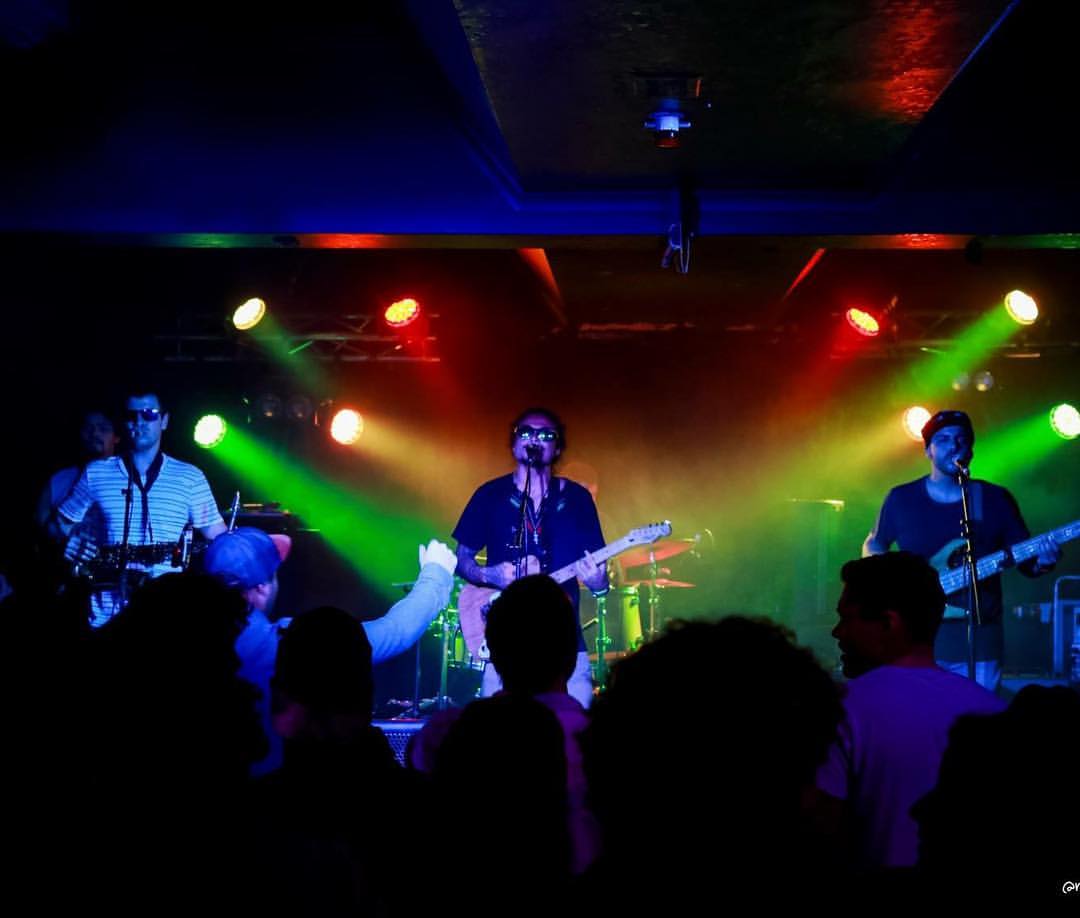 Widely acknowledged as one of the most talented performers and hard-working acts in South East Queensland, Benny commands a pure essence of high energy performance blended with beautiful harmonies and rhythm.. Sometimes hilarious, sometimes deep but always groovin’, he transcends time and genre while staying true to the soul-boogie.. Melodically building dynamic crescendos then stripping the jam back to its bare beginnings. 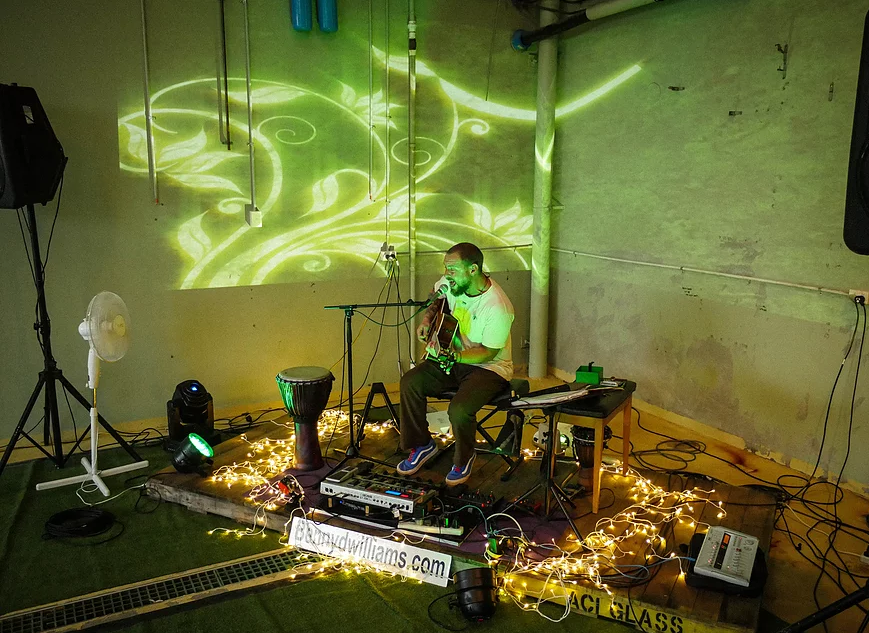 The high-profile, award-winning and charismatic Us The Band have spent many hours perfecting their sought after musical style. They showcase their skills both in-house and at local community gigs always looking for new venues to perform at. 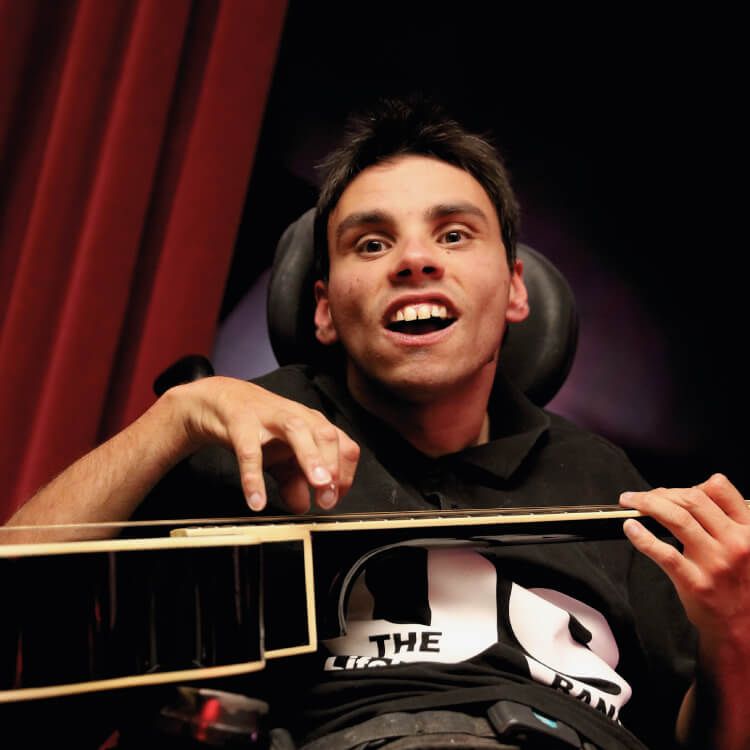 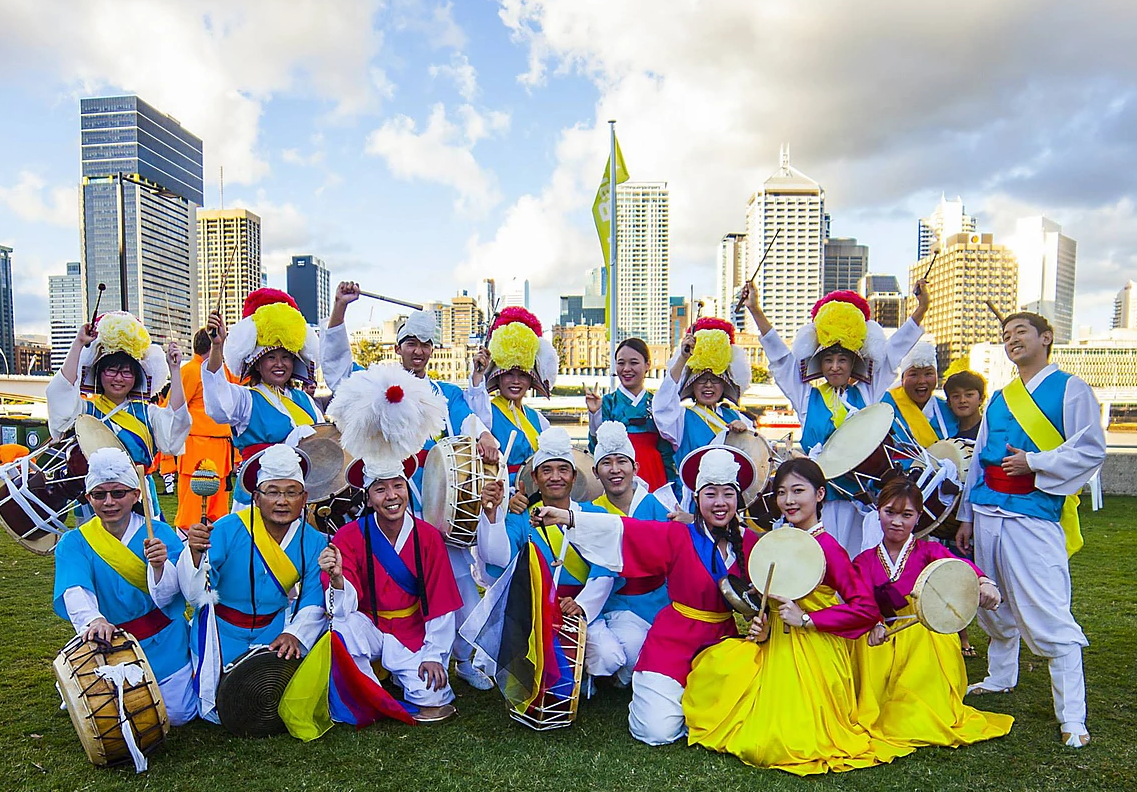 Mitch King is a travelling Artist from Australia and his music is inspired by his love of life and sense of freedom. His relaxed nomadic lifestyle, close bond to nature and love for surfing is pure and it transpires though his songs. 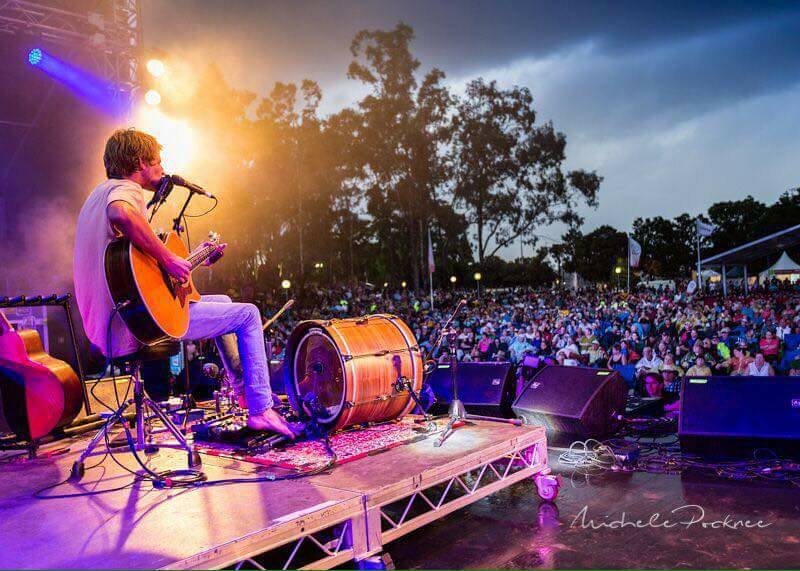 Drawing on a unique blend of influences while combining their comedic, fun attitude toward life they present a visually and sonically immersive music show – after which, the crowd is never left with anything but a funky uplifted feeling. 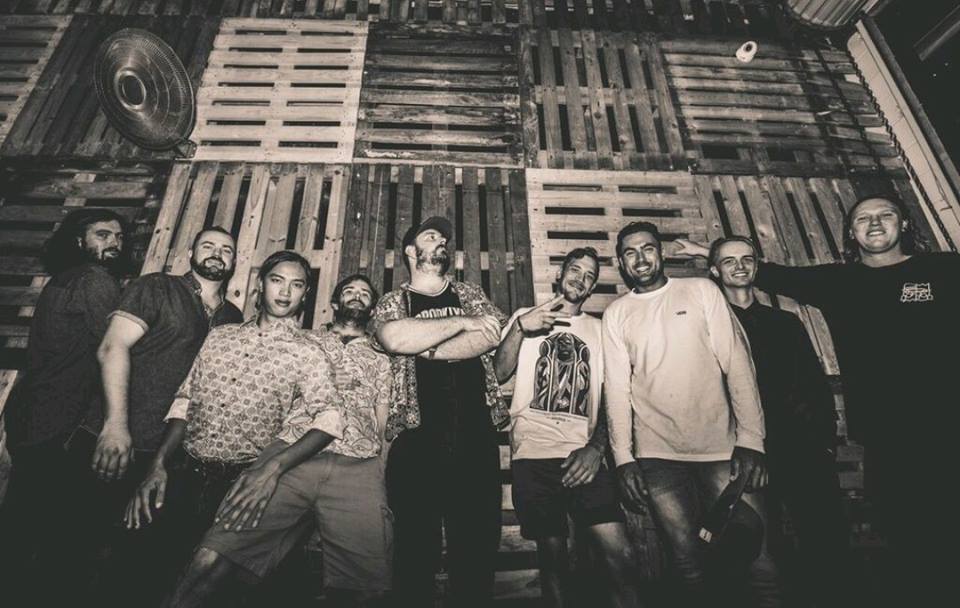 Little Steely Brothers are passionate about their music, and always connect with their enthusiastic audiences who love singing and dancing to some of the most timeless classic songs ever written, and as a result, have an ever-increasing family of devoted followers.

They consider themselves to be one of the most musically authentic musical Tribute Shows in Australia. 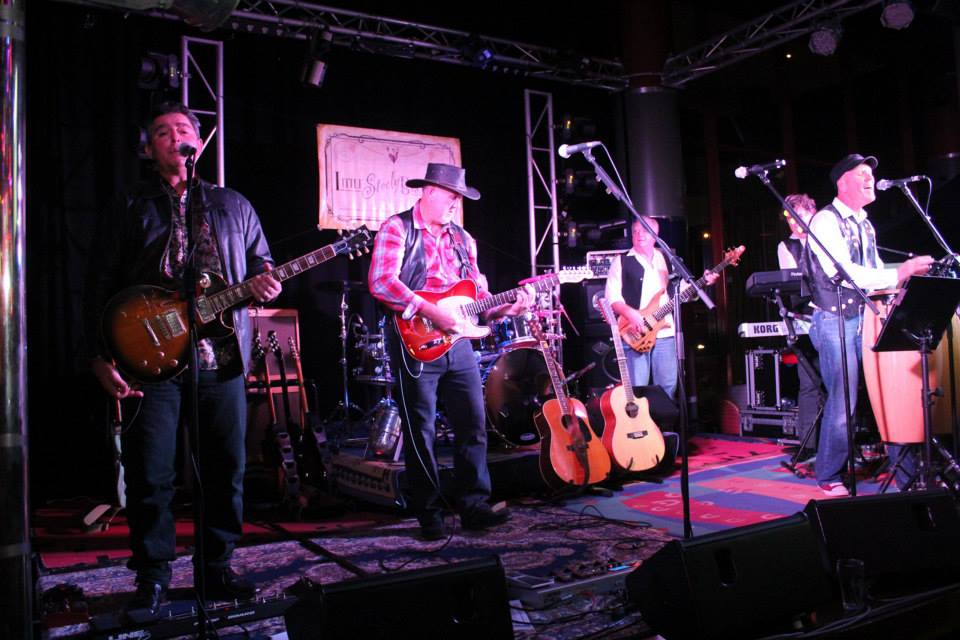 Sally Sa describes herself as an ‘urban purist.’ Borrowing from both east and west coast urban and beat poet scenes, she melds into New Orleans and Coltranean jazz as effortlessly as breathing. As one Christchurch magazine wrote, “the white woman with a black woman’s soul.” 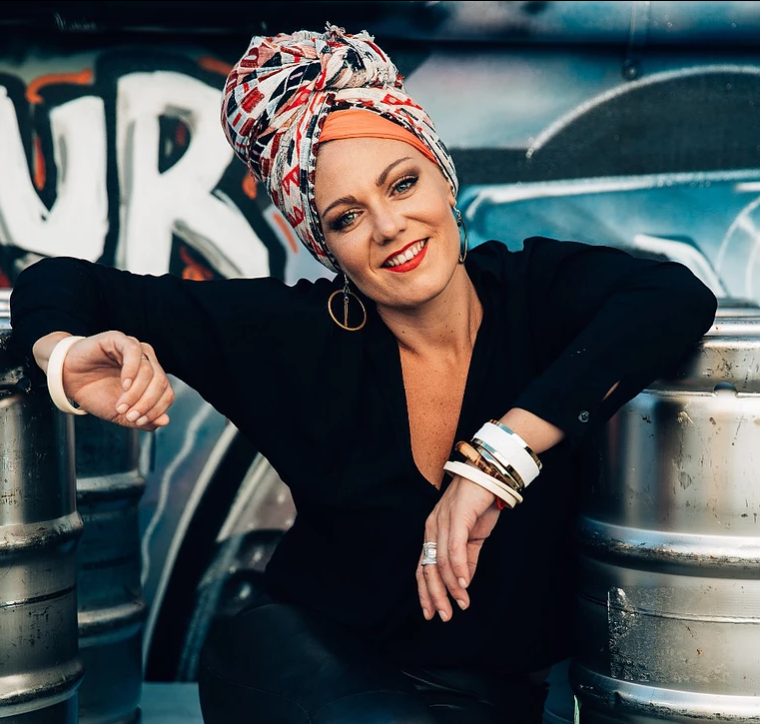 Be transported with the Zumpa ensemble to forgotten fishing villages, moonlit olive groves, and a hard life under a hot sun where peasants play music to celebrate life with a fierce sense of humour. They provide the sounds and energy of folk, gypsy and Italian world music woven expertly together to provide a truly spaghetti and meatballs experience. 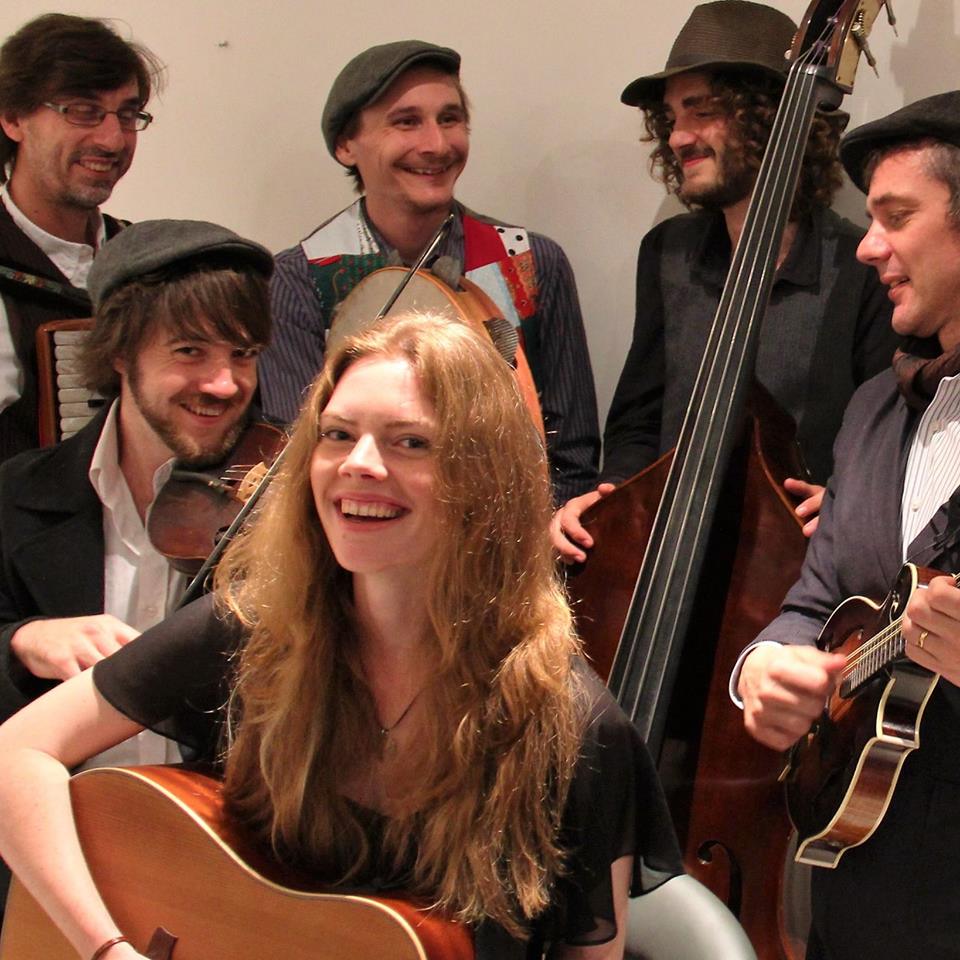 For The Brothers Calling music is like breathing. There’s a depth to their performances and songwriting that draws audiences in to experience something other than the day to day rush of life. Think Passenger meets Derek Trucks meets Robert Johnson. 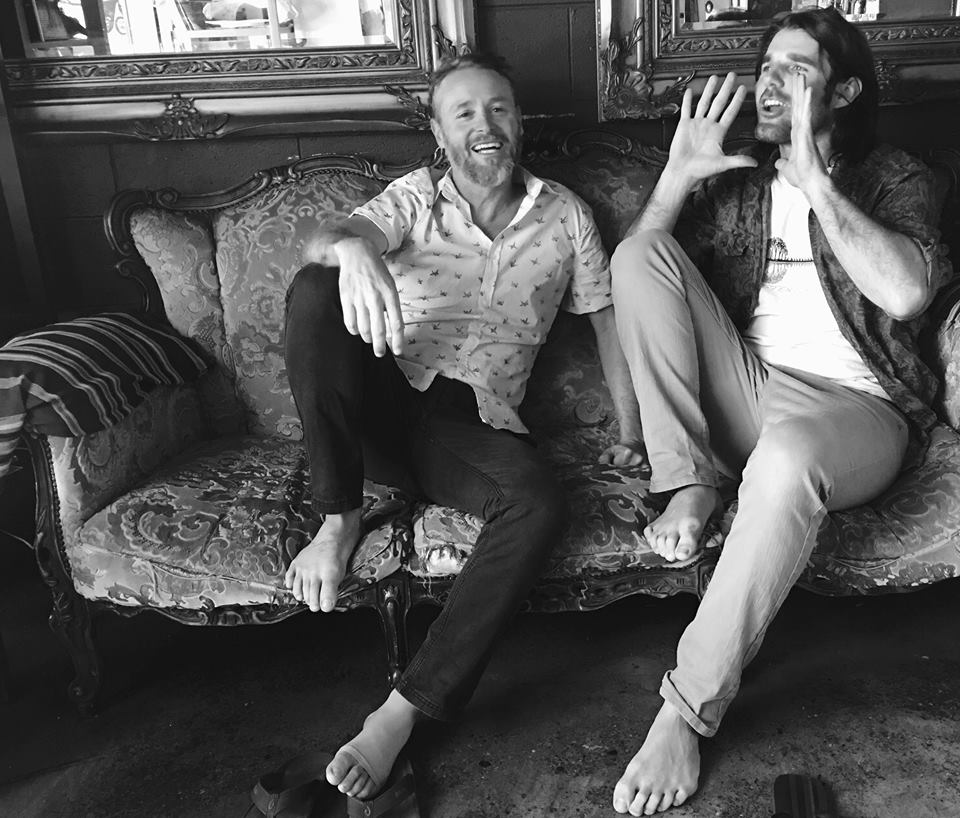 Aboriginal Artist Dean Rotumah belongs to a clan of people, from Fingal Heads NSW, known as the Booningbah people or “Echidna people”,… which are a part of the Bundjalung nation (meaning the place of butterflies), whose area stretches from Grafton NSW in the south, to Beaudesert Qld in the west, to Coomera Qld in the north. His ancestors have lived on the Far North Coast of New South Wales, Australia, for over 40,000 years and Dean still resides within that district today

Dean has always been influenced by his Indigenous culture and the sea and many of his surfboards had contemporary artwork on them which further involved him in learning more about his cultural heritage through art and thereby honing his skills as a noted Aboriginal contemporary artist. 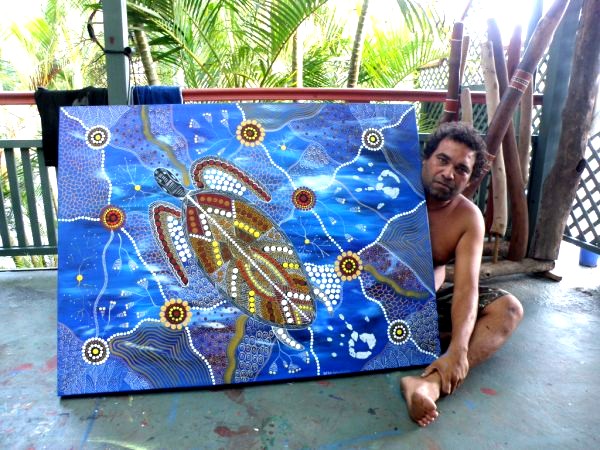 The Cole Train is a five piece band comprising the talents of David and Sarah Hume on Vocals and guitars, Nick Sweet on guitar and vocals, Tom Battle on bass guitar and Sean Cole on vocals, drums and percussion.

They have been playing around the Granite Belt region for the past eight years – anything
from 18th birthday parties, weddings, pubs, functions and festivals.

They cover music from the 60’s through to present day, and their music has developed a large local fan base over the years.

Burger Joint Band – T Bone and G played for years together in various bands in Darwin and always said one day they’d do something as a duo, both solo artists in their own right this is a chance to do something fun and different

Raffaele Pierno is an Italian Tenor and international Opera singer. 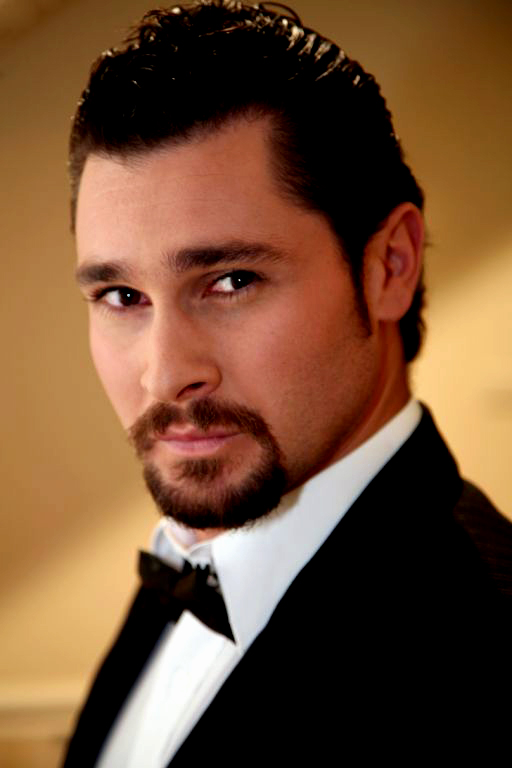 The James Street Preachers are on a mission to take the Blues back to the street, as a living homage to the Blues legend, Wylie Reed, who taught them their craft. Jamie Kasdaglis and Matt Lye were fortunate enough to learn at the feet of the master, playing in Reed’s backing band off and on for 15 years. “We were really fortunate that we got that experience. He’s the last of that generation. We want to continue that legacy of maintaining that real sound and entertainment. “

The duo began busking on James Street Burleigh and quickly built up a following that has led to residencies at the Gold Coast’s best bars and restaurants. Since then The James Street Preachers have performed and entertained
audiences at popular Festivals such as Blues on Broadbeach, Swell Festival and the Nimbin Roots Festival.

This is Blues the way it was played in Maxwell Street, Chicago, back in the day by train­hopping Bluesmen surviving on their wits and musicianship. Key influences include Muddy Waters, Willy Dixon, Sonny Boy Williamson, Howling Wolf, Hound­dog Taylor, Sonny Terry and Brownie McGhee. 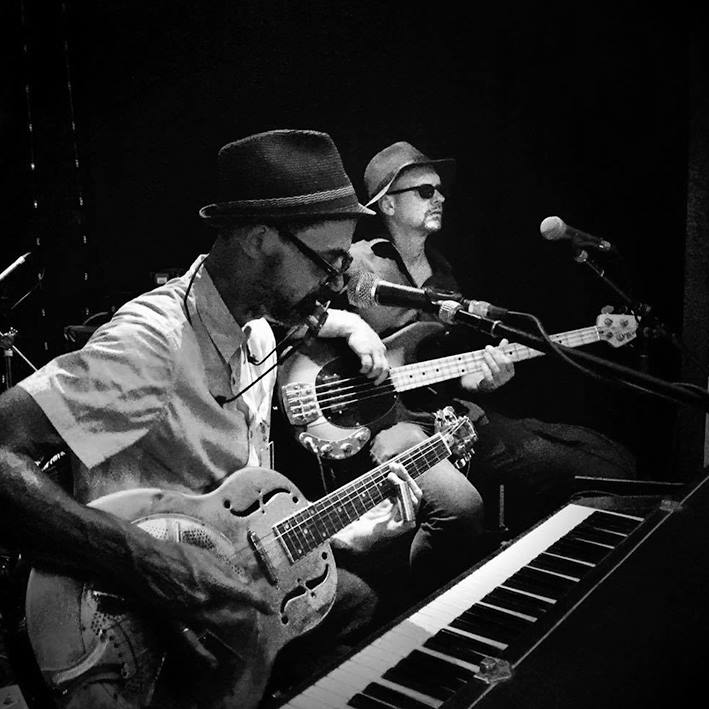